Happy Wednesday friends and welcome to week 4 of our summer book study…Mindset: The New Psychology of Success – Chapter 4!

The Kindergarten Smorgasboard and I are happy to have Jen

from Simply Kinder as our co-host of the week!

If you are just jumping in this week, then you might want to go back to read my thoughts and reviews from week 1, week 2, and week 3.

This week we are reading and summarizing chapter 4 which is titled Sports: The Mindset of a Champion and focuses on a plethora of successful athletes from all sports, who showed both growth and fixed mindsets and how it affected their achievements. The major ah ha moment for me was this…

I think we all have heard someone say that an individual is a natural talent. But is that a curse or a blessing? No matter what decade you were born in, there have been amazing, talented, and famous athletes that have made or make the news on a regular basis. People such as Muhammad Ali, Michael Jordan, Babe Ruth, Tiger Woods, Pete Sampras, Mia Hamm, and Diana Nyad are just a few that are mentioned in chapter 4 and are considered champions!

The very first athlete that Carol Dweck talks about in this chapter is Billy Beane. I had never heard of him until I read this chapter, but then again, I am not a sports fan, nor did I see the movie MoneyBall. But regardless, Billy Beane was a ‘naturally talented’ athlete. He seemed to excel in every sport, but he didn’t like to fail and saw effort as a deficit. His athletic career ended, due to his fixed mindset, but he was able to redeem himself years later, when he changed his mindset and became a successful baseball general manager.

Did you know that Michael Jordan was cut from his varsity team, that he wasn’t recruited to his ‘choice’ college, nor did he get drafted by the first 2 NBA teams? As a 90’s child that watched him propel to one of the most iconic sports legends, these facts astounded me!! How was it even possible that this happened to MICHAEL JORDAN?!?!So how did those no’s turn into yes’s? He put in the effort and worked hard! He practiced and practiced and practiced and prepared himself for the game. His ‘natural talent’ was not enough.

So what is character and how does it apply in sports? Character is “the ability to dig down and find the strength even when things are going against you”. (pg 92) Dweck spends some time talking about character and giving some shining and not-so-shiny examples of various athletes with this trait. How about tennis player Pete Sampras? He is an example of the mark of a growth-mindset champion. An athlete that loses, but presses on, which then results in a wining triumph and also has the ability to win, when things are not quite right. (pg 95)

I really liked what Carol wrote on page 94, that “character can be learned”. Having the ability to win, to reach the top and stay there, but not having a superiority or better than them attitude and mindset. She also speaks about athletes/people who have character as people who find success in doing their best and constantly trying to improve and learn from the ‘process’. Their effort or practice is never in vain.

So I’m not sure of this, but I can imagine that you ‘might’ be saying…what does this have to do with ME as an educator, parent, and person, but NOT an athlete?! I completely understand and hear you. But after reading this chapter, I found several parallels to sports and myself as a teacher.

What a motivating chapter with so many tidbits of positivity sprinkled throughout! Did you read this chapter? What were your thoughts? I would love to read them! Link up here…and don’t forget to check out The Kindergarten Smorgasboard and Simply Kinder for their thoughts on this chapter!

Share on TwitterShare on FacebookShare on PinterestShare on LinkedInShare on Email 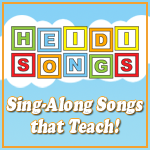 This will be fun! Borrowed from @lucky2ndGradeTeachers ... See MoreSee Less

👏🏻👏🏻 There Is A Giveaway Happening NOW! 👏🏻👏🏻3 Easy Steps to Save 400 Hours and Enter to Win a $500 Amazon Gift Card!Follow These 3 Simple Steps To instantly win 400 Hours a Year with Progress Monitoring AND be entered in our $500 Amazon Gift Card Contest! ➡️ Sign up for an ESGI Trial with Promo Code TEAMABIGAIL. Start testing your Students with any of our 1000's of K/2 Assessments. Show your Spirit following the directions provided in the video found here: m.youtube.com/watch?fbclid=IwAR1bl1-gEhYdvXOBrv5paxEW06DY6BWhTgAlzAzm80u7d45dZDbV8bESvxg&v=sA83Nf... ... See MoreSee Less

Looking for an 🌎Earth Day activity that covers

It’s Fun Friday again! You get an unlimited supp

I know that the end of school isn’t here YET, bu

I get asked about sight words a lot and this Beat

Did you say you wanted more information on how I t

Have you ever done this with your students? This i

Are you teaching about plants? I’ve done this ac

It’s Friday Fun time!!🎊We all can answer this